Thanks to robcee you get to learn a little more about me. Much like him I’ve done this once before (perhaps it’s a sign of our age?) but it was over two years ago so let’s see if I can manage to rustle up a whole other seven things. I believe that the original meme said the facts had to be surprising things that most people didn’t know but I think I’ve used up all the surprising stuff about me already so most of this is probably common knowledge to those that follow my twitter stream.

Here are the rules: 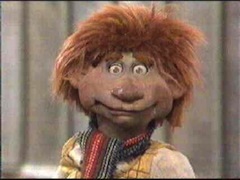 Now for the tags, hopefully many of these are new to the game: